Now, I will introduce the QPython’s features through it’s interfaces. 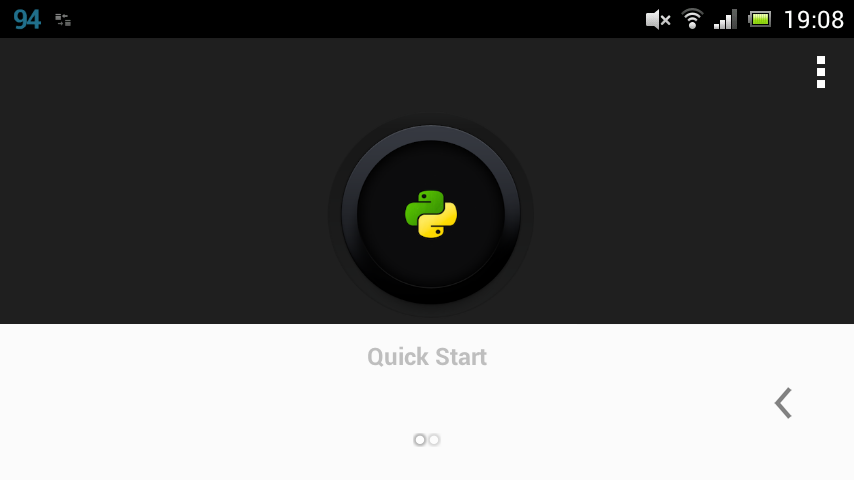 After you installed QPython, start it in the usual way by tapping its icon in the menu. Screenshot on the top of this post shows what you should see when QPython just started.

Launch your local script or project

Get script from QR code (funny brand new way to share and distribute your code, you can create QRCode through QPython’s QRCode generator

If you want QPython to run some script of project when you click the start button, you can make it by setting default program in setting activity.

If you swipe to the left instead of tapping, you will see another (second) main screen of QPython (Pic. 2). As for me, it is much more useful and comfortable for developer. 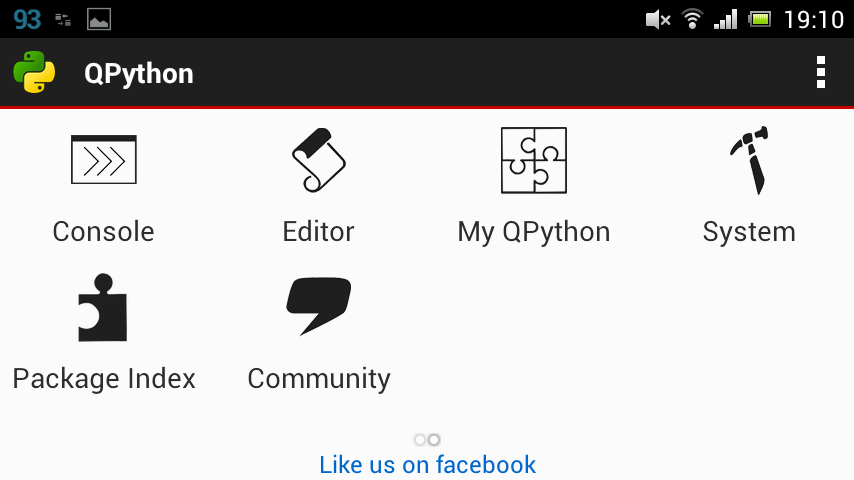 Next, let’s see the console and the editor. 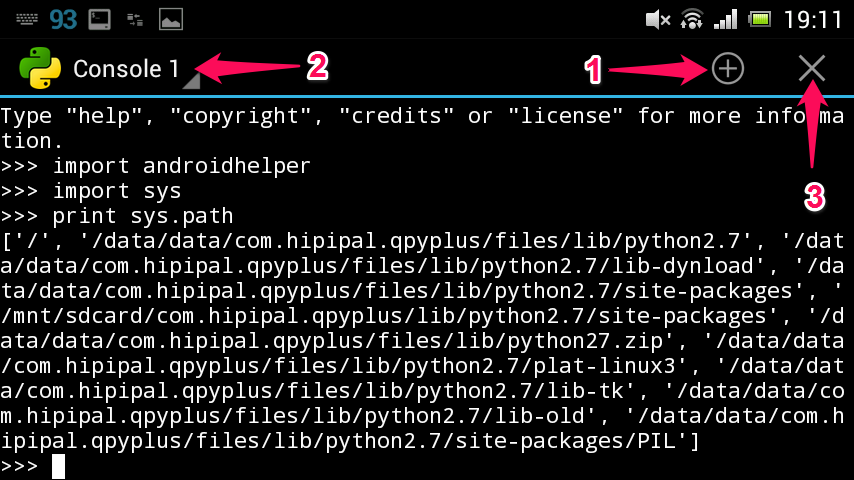 As I said before, there is an ordinary Python console. Many people usually use it to explore objects’ properties, consult about syntax and test their ideas. You can type your commands directly and Python interpreter will execute them. You can open additional consoles by tapping the plus button (1) and usedrop-down list on the upper left corner to switch between consoles (2). To close the console just tap the close button (3). 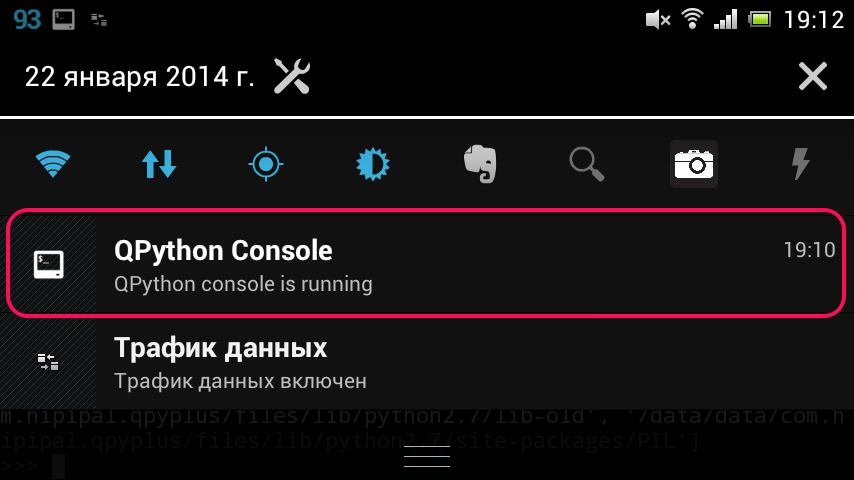 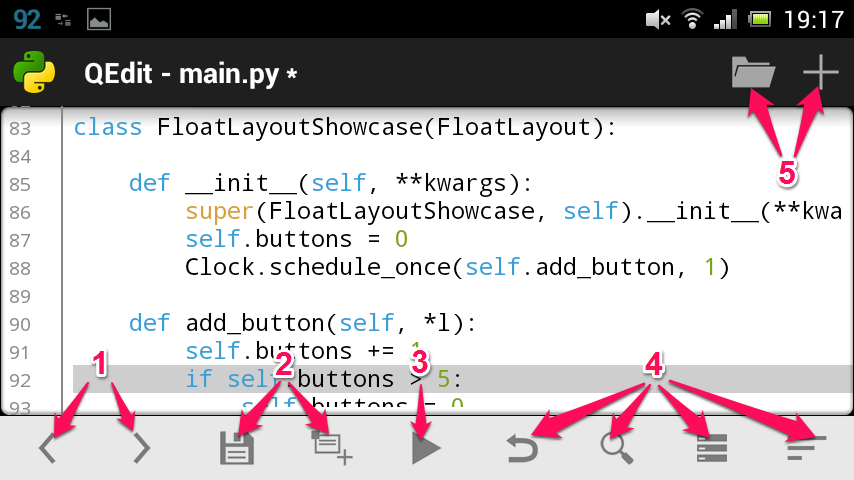 The editor allows you obviously (hello Cap!) enter and modify text. Here you can develop your scripts, save them and execute. The editor supports Python syntax highlighting and shows line numbers (there is no ability to go to the line by number though). (above picture)

When saving, don’t forget to add .py estension to the file name since the editor don’t do it for you.

Scripts Scripts : A single script. The scripts are in the /sdcard/com.hipipal.qpyplus/scripts directory. If you want your script could be found in My QPython, please upload it to this directory.

When you click the script, you can choose the following actions:

Projects Projects : A directory which should contain the main.py as the project’s default launch script, and you can put other dependency 3rd libraries or resources in the same directory, if you want your project could be found in My QPython, please upload them into this directory.

When you click on the project, you can choose the following actions:

By installing 3rd libraries, you can extend your qpython’s programming ability quickly. There are some ways to install libraries.

You can install some pre-built libraries from QPypi, like numpy etc.

You can install most pure python libraries through pip console.

Besides the two ways above, you could copy libraries into the /sdcard/qpython/lib/python2.7/site-packages in your device.

Notice: Some libraries mixed with c/c++ files could not be install through pip console for the android lacks the compiler environment, you could ask help from qpython developer team.

It will redirect to the QPython.org, including somthe source of this documentation, and there are some qpython user communities’ link, many questions of qpython usage or programming could be asked in the community.

Thanks dmych offer the first draft in his blog